You must have heard the cases of money deduction from the bank account on the name of ATM renewal. Here, the call is made by imposters claiming themselves as a call center or bank executive of XYZ bank.

In past years, the number of customers are being duped leaving them on the verge of bankruptcy.

The concerned banks and Reserve Bank of India (RBI) issue the set of advisory regularly, to raise awareness for the possible causes. 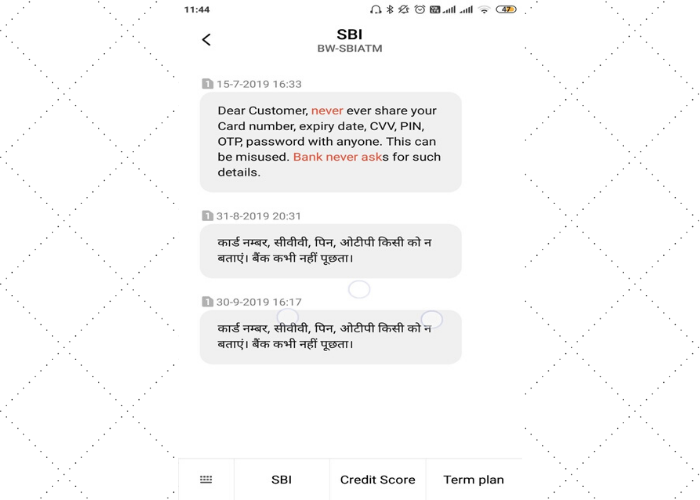 The toll is clearly visible when it comes to count the number of digital fraud victims.

But why? Are the people still not aware of bank frauds… or method of phishing technique had become more advanced?

The answer is BOTH!

Due to the public’s acknowledgement toward bank fraud, the road to loot the customer is somehow blocked for the looters.

To the surprise, the hackers around the globe are often coming with a smarter and advanced form of phishing. 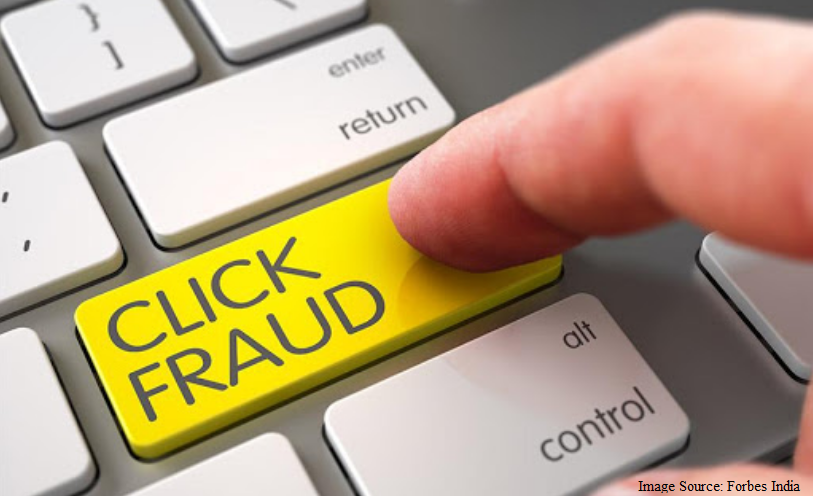 Click fraud, basically calls for the clicking on links in one or another form.

It can ask the customer to click on some sort of link sent on the mobile phone and computer, either through email or text message.

These scams are well framed to lure the customer with lucrative yet fake offers or create the situation of urgency to act on the link followed by submission of one-time password (OTP).

The cycle of click fraud doesn’t end with fooling the laymen. It further connects the loop by damaging the budget for the organization’s PPC campaign.

In simple words, the term Click Fraud can be understood as fraudulent clicking on PPC ads, with the motive to mount the fake and huge charge on the head of the advertisers.

Some of the famous phishing technique contributing the click fraud are:

How Paytm, Amazon, Netflix’s Customers Are Getting Duped Through Phishing Links?

You might have come across a couple of screenshots and tweets of your family and friends, warning each and all about the prevalent rage of online scams…but what is fuzz all about?

The easy route to the applicability of customer’s private information such as phone number, email address and bank account name and its general details have given rise to the number of skimmers.

Which as a resultant, is extracting the bank account’s balance of the innocent customers to the predator’s account.

Let’s have a generic look at some of the latest scams burgeoning in the society:

A month back, the number of Paytm users have received suspicious text messages and Paytm payment links on their smartphones. 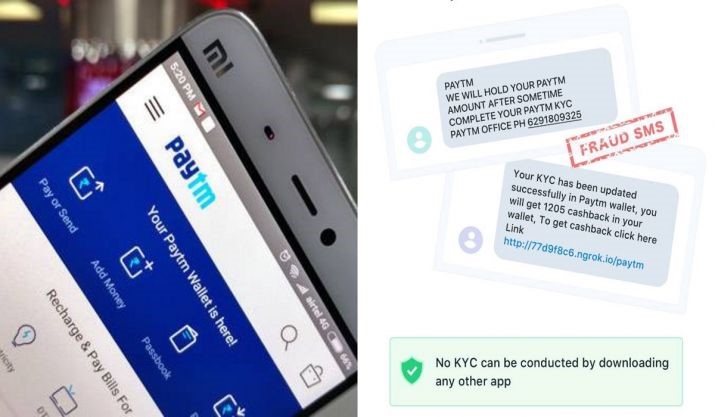 Creating the hoax around the expiration of KYC in one’s account held the situation of emergency to take instant action by clicking on the link or contacting through “so-called executives” via given phone number. 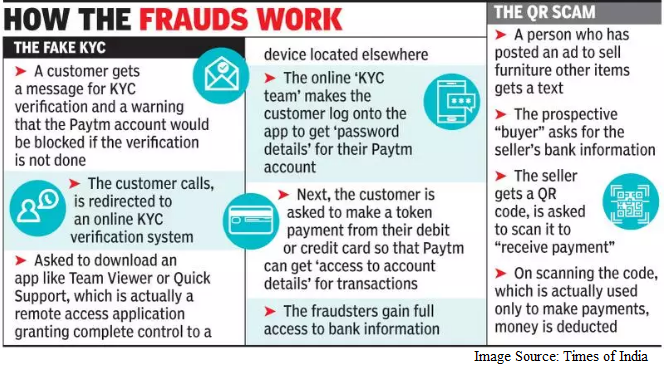 The users had shared their story of agony across various social media platform by tagging the official account of Paytm.

Giving the clearance on matter, Paytm replies to numerous tweets towards its negligible role in such KYC initiatives.

Hi! We do not call or message anyone regarding such concern. This is not official communication from Paytm. Please be aware of such fake callers. Moreover, thanks for highlighting this to us we'll take an appropriate action against it. Thanks!

Amazon and Netflix are the prominent channels of shopping and entertainment.

Witnessing the success ratio of duo platform, the scammers have pulled up their socks to cheat the customers via the method of email phishing and text messages.

The text is designed well as it makes a great deal of resemblance with real amazon and Netflix text. 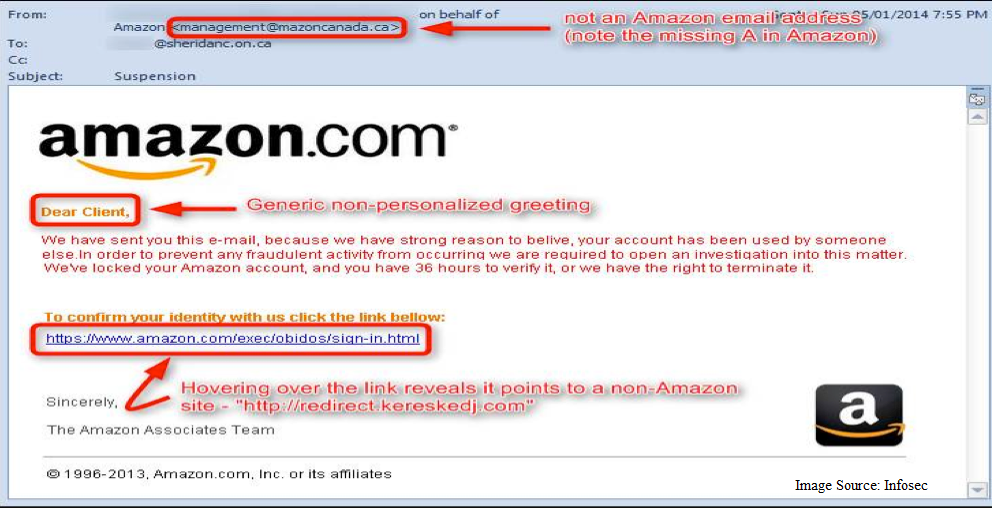 Similar to Amazon, Netflix users are receiving the mail of account suspension, making them a victim of a well-flourished scam in the nation.

The source channels i.e; Amazon and Netflix has issued the advisory for their customers in order to alert them of phishing scams.

A #phishing scam is targeting @netflix users. If you received an email about a hold on your account due to billing issues, it could be a fake. Know how to avoid the scam before you fall for the trap. #retweet to spread the news! #netflixscam pic.twitter.com/5GfnIbMZcA

The scale of scams is touching the height. Number of scammers has found the new and exciting way to dupe the people by looting their hard earned money.

One of such is cloning a fake website same as the replica of famous e-commerce and food delivery platform. 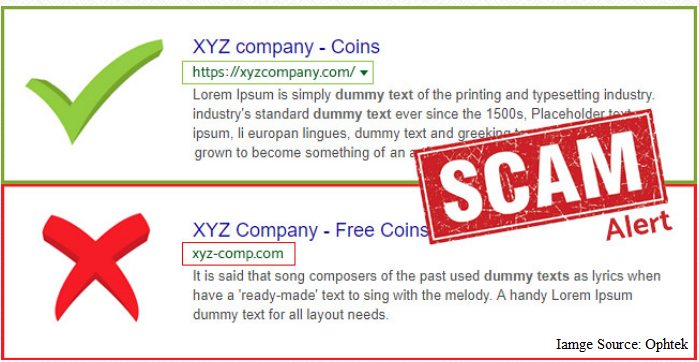 The number of customers has raised the complaint to the department of cybercrime after coming across the fake website on UC browser and MX player, which redirect them on some other platform when clicked on the link or pop-up. 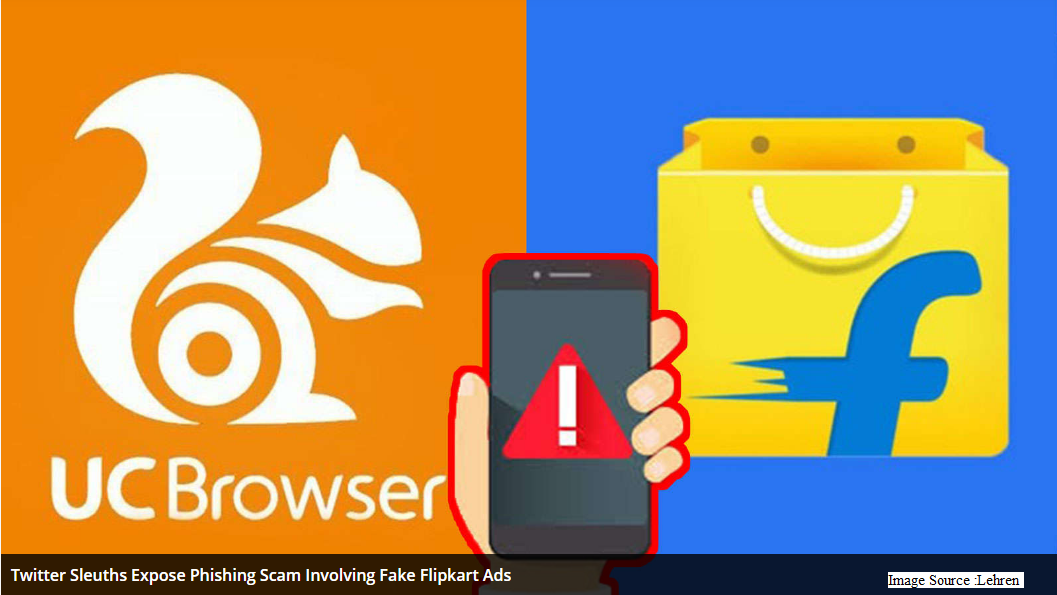 Witnessing the rate of click fraud and fake payment links, several websites like Flipkart, Zomato has already issued the advisory to aware the exemplary crowd of prevalent phishing techniques and steps for click fraud monitoring by itself, before creating any sort of purchase.

Online scams and frauds are on the rise. It is important that you protect your online credentials and ensure that you do not fall victim to online frauds. Here's a quick and easy guide to stay safe. #FightFraudWithFlipkart #CyberSecurity pic.twitter.com/Dci9iq9wDL

If we talk about phishing technique– it is nothing new.

The new here is surge in the level of scamming either on the name of KYC, PayPal payment links, free payment links or e-commerce website’s payment link generator.

The examples of phishing encounters are not going to wrap in short, so let’s have a look at the list of a few real-life scenarios encountered by the victims:

N.V Sheikh, a techie from Bengaluru fell into the pit of scam in the recent months.

Mr Sheikh was ordering the pizza from a food delivery app using his smartphone.

After the hour of patience, when the food still doesn’t knock his door, he contacted the customer care center of particular food delivery service. 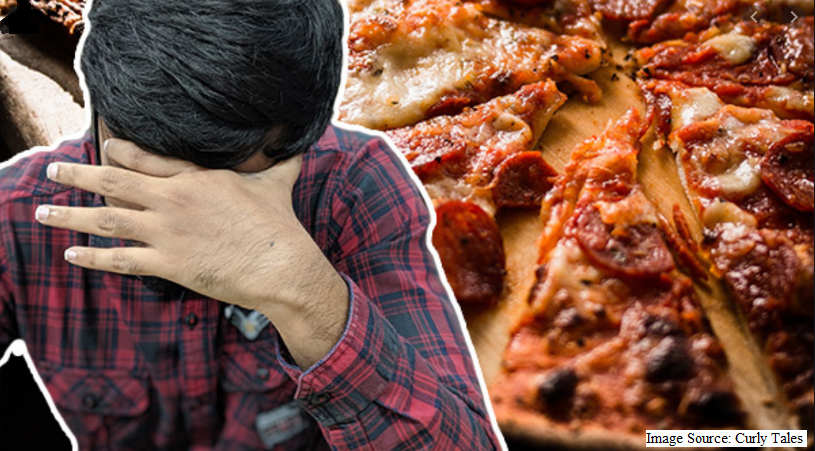 The man (so-called executive) on the other side of phone told Mr Sheikh about the denial of acceptance of an order and money would be refunded for the same by clicking on the link to initiate the process soon.

Mr Sheikh followed the step as directed and Rs 95000/- got deducted from bank account… Smashed!

Further investigation limelight the fact that food delivery service doesn’t have any sort of calling services rather they have chat support and email support only.

Bindu Bhardwaj, a 40-year-old chartered accountant was recently duped with the huge sum of Rs 95000.

Ms Bhardwaj claims the incident took place while she was updating her Paytm's KYC detail to get a FASTag for her car.

Ms Bhardwaj admitted to Police in further investigation, that she was searching on google… ‘How to get FASTag via Paytm?’

Following the steps of five and dime on the search engine, she found a number to gain assistance on the matter.

The moment she made a call on the number, the person on another side of the phone asked her to click on the link send by him to proceed and forward the same message to some another number given by scammer with the step of getting FASTag.

The click on the link further resulted in 6 consecutive and successive transactions leaving her bank account debited with INR 95000/-.

Janvi Jain (name changed), a roommate of mine became the victim of the running scam last week only.

Ms. Jain got a call from a man alleging himself from Naukri.com stating that her profile got shortlisted for the interview purpose with XYZ bank.

The man also mentioned himself to be a part of one of the consultancies in Noida Sector-15.

Further, he asked her to send a token amount of Rs 49/- as a part of the registration process by clicking on the online payment link from the message sent to her. 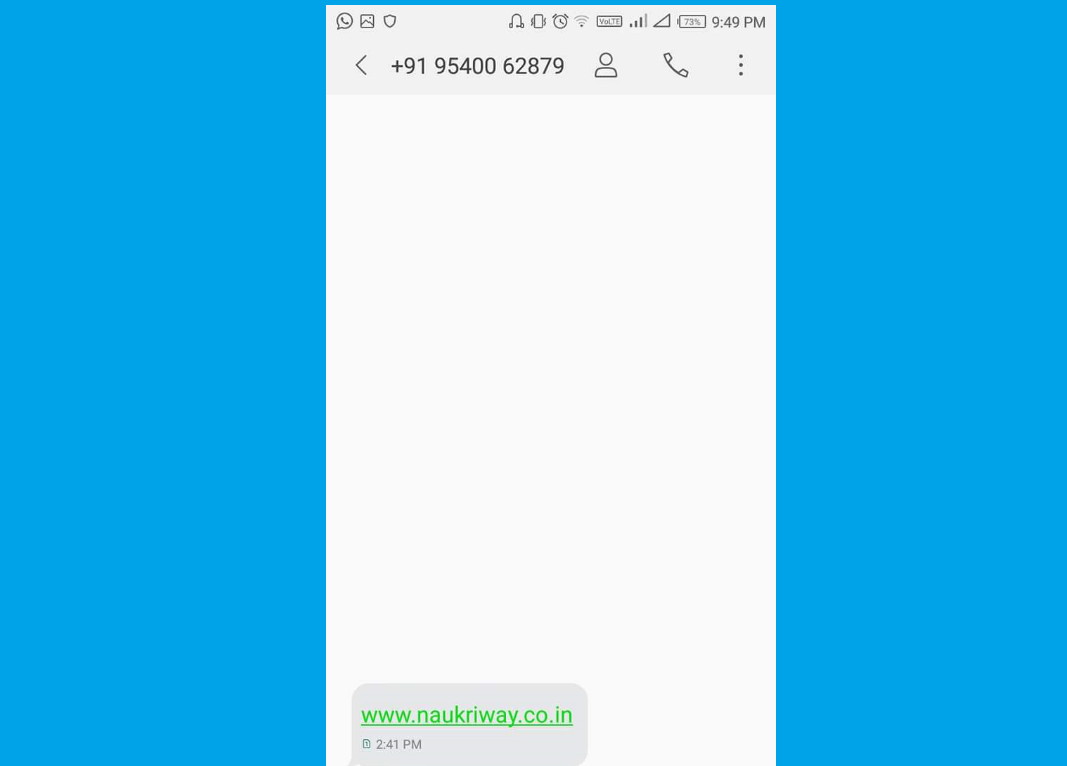 The moment Ms Jain clicked on the link she got a prompt of debit with Rs 4999/-.

Concerned with wrong digits of debit, she called back on a number to report the issue of wrong payment.

The alleged man responded with an affirmation of mistake in the payment and asked her to just click on the link to proceed with the refund in her bank account.

And guess what again… the instant she tapped on a link she is dropped down with text of multiple transactions for Rs 4999/- and Rs 1999/-, leaving her in state of shock and numb for a moment. 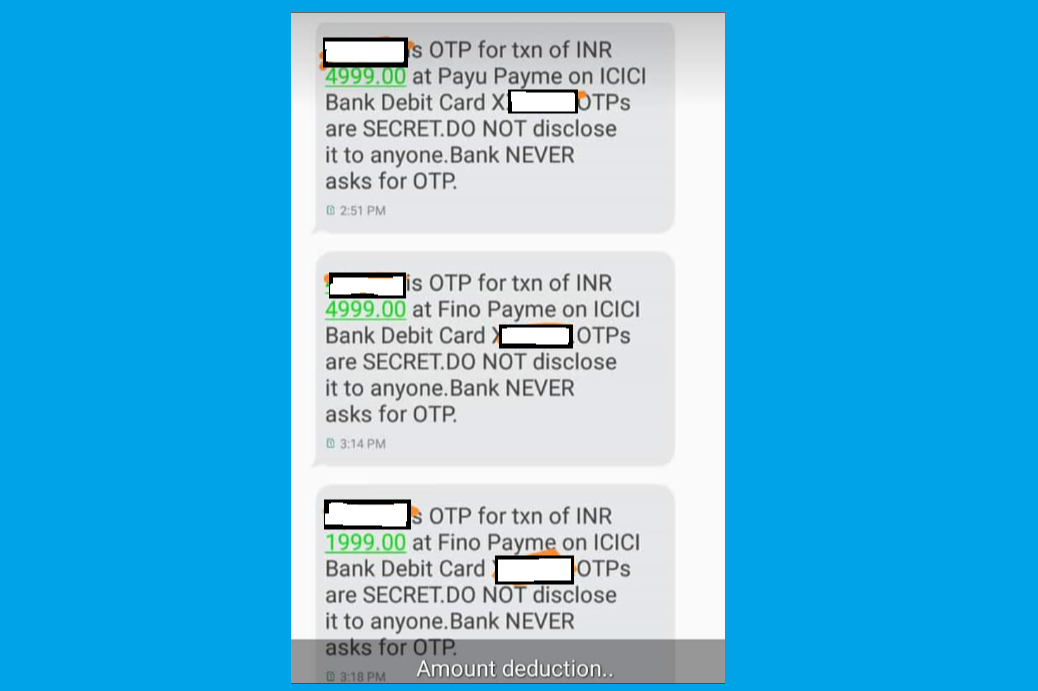 Based on the real-life examples of cyber fraud and Ponzi scams, the number of artists has enacted the stories of financial misery on the digital screen of entertainment.

The prime motive behind bringing out the stories on the big screen and streaming channel is to aware the mass of cyber scams and how one can deal with it.

Few of them are:

Jamtara is Netflix India’s recent web series revolving around the phishing scam run by school dropout friends in the village of Jharkhand- Jamtara.

The events of Jamtara came in limelight when several customers complained about facing the hot wrath of unexpected withdrawal of money from their bank account.

Here, in the drama, the group of young men run the phishing scam heading to a height of success, till the time a corrupt politician shows the interest in the scheme.

Further, the series revolves the tough chase of scammers and cops, willing to fight it.

Scam$ is the Netflix drama released in the year 2019 based on the Japanese backdrop and real events. 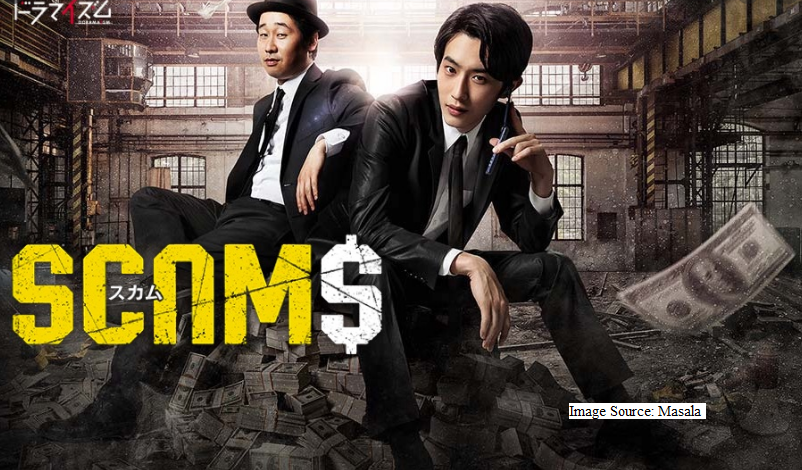 The drama revolves around money transfer scams, where the victims get the phone call and are convinced by scammers to transfer the sum of money because their dear ones are in major trouble.

Where most of the victims fall in the elderly age group. 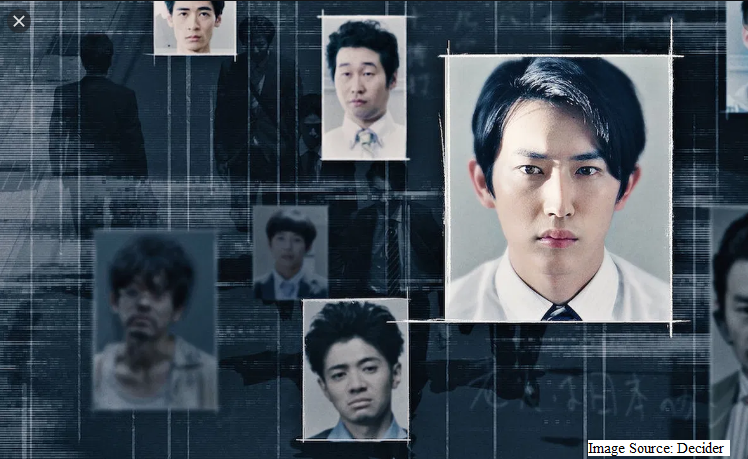 Here in the Japanese drama, the young man joins the phone scam operation with the further circumstances leading him to entangled in the peripheral of the underworld.

Today, most of the people already know about the cases of possible scam calls and emails.

But still, due to turn of events people on the common ground are most likely to get tricked with the resemblance of actual links and platform.

Advisories Issued in the Interest of Common Man:

Witnessing the hike in rate of phishing incidents, several bodies has issued the set of advisory related to click fraud protection. 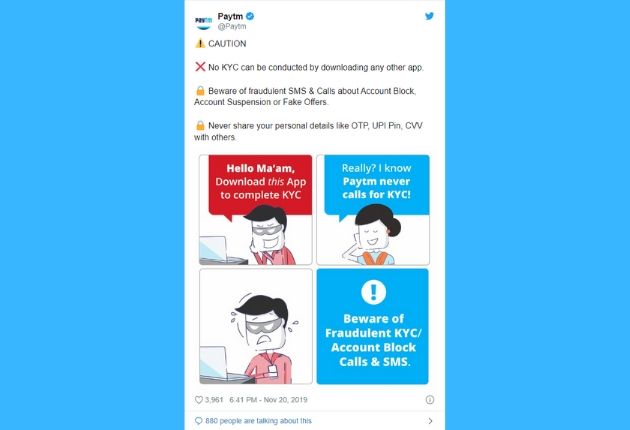 In general, One should stop believing everything that is on internet.

So with space to mind, cross-check the offers and rewards availability on various websites and moreover on official websites and social media handles, before reaching to any final conclusion of clicking a link. 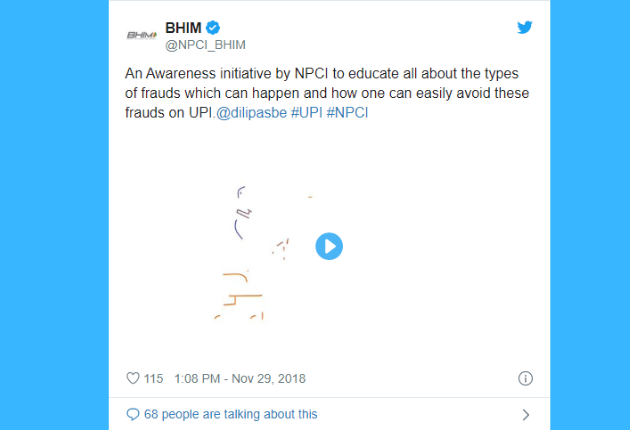 Also, never ever share your credentials with anyone, as it could lead you in turmoil and can make you a victim of phishing scam. 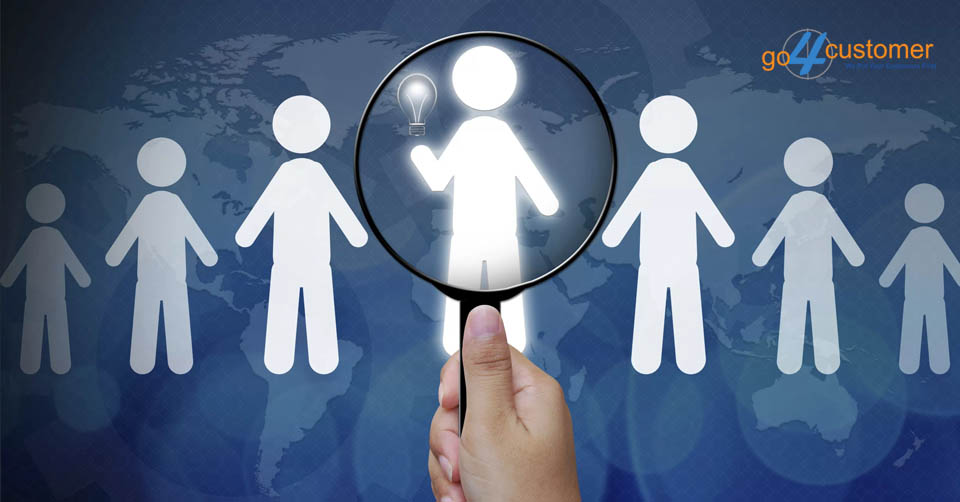 A Brief Guide to Screening Employees

Keep Distance with the Upshot of Hiring Fake Employees 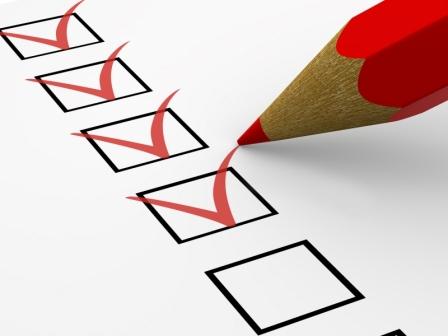 Top 5 Benefits to be reaped from Data Verification Services